The 3 Reasons Why We Switched to Nikon

WARNING: This post is mostly directed for photographers. If you’re not a photographer, expect to be bored. If you are, you’re in for the ride of your life.*

It’s funny how quickly your Facebook inbox can fill up because of one Instagram picture. A few weeks ago we (Amy & Tony) did something that I (Tony) never thought we’d ever do. I had flirted with it for a few years. A few months back I filled up an Amazon cart, then got scared and deleted it. Somehow the curiosity kept growing and about 10 days ago I pulled the trigger. We switched to Nikon.

Shortly after maxing our credit cards, I posted the Instagram photo and my phone started buzzing and hasn’t stopped since. So why did we switch? What do we think? I’ll try to explain below.

We’ve shot Canon ever since the beginning. We owned two Rebel XTs back in 2007 and grew from there. We upgraded to the 40D, then 5d, then 1Dm4, then 5D2 and finally bought 3 brand spanking new 5Dm3s. By the time the 5D Mark III came out, Nikon had already leapfrogged Canon in body-making, but us Canon folks weren’t so eager to give up the throne. When the 5Dm3 came out, I was convinced it was the perfect camera… and it almost was. We got nearly 3 years out of our 5Dm3s, which took us through the beginning of 2015.

Over the years, we amassed around $30k of Canon gear. We have other gear too, but that is more universal (MagMods, Profotos, etc..). On top of all the gear, we shoot nearly every week of the year, so making major changes just isn’t feasible. Even if we decide we want to make a big change (of any kind), it’s usually more a decision of timing more than money or desire.

As the pieces started falling together last week, we realized that it was a perfect time to switch.

3 REASONS WHY WE SWITCHED

If you had asked me 1 month ago, I would have told you that our next major equipment change was going to be when we switched to a mirrorless system. I didn’t want to change.. but these 3 things changed my mind: 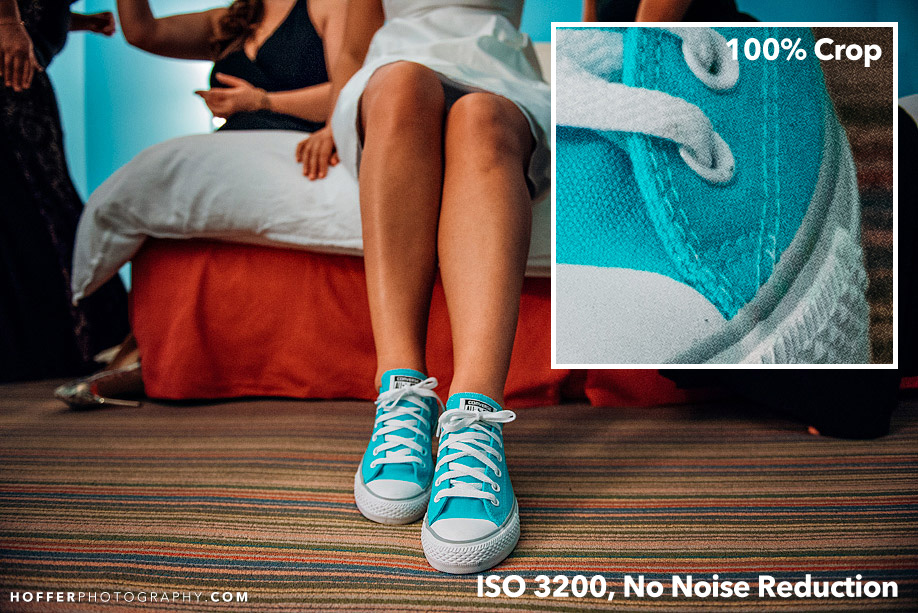 A few months back, I was THIS post on Petapixel. Although I’ve become increasingly impressed with the Nikon offerings over the past few years, that post was the first to make me think twice about Canon. It wasn’t that I wanted to make photos in that exact way, but that the dynamic range was so impressive that I could finally see something that truly differentiated Nikon from Canon. I did some light flirting with the idea, then dropped it to the back of my mind.

Then, a few weeks ago I saw my friend Joel post THIS comparison. Somehow it was different seeing it from someone I know. It confirmed what I had suspected about the crazy dynamic range difference between Nikon and Canon. We have always pushed our files pretty hard since we tend to underexpose and recover. That was the first time I really started to wonder.

So, I turned to our friend Chuck who had just switched and borrowed his d750. I took a few shots. It seemed fine. Then I pulled the files into Lightroom and bam. Within about 30 minutes I had everything in shopping carts ready to buy all new Nikon gear. The rest is history. Not only is the ISO of the d750 significantly better, but the grain and shadow noise is INSANELY better. 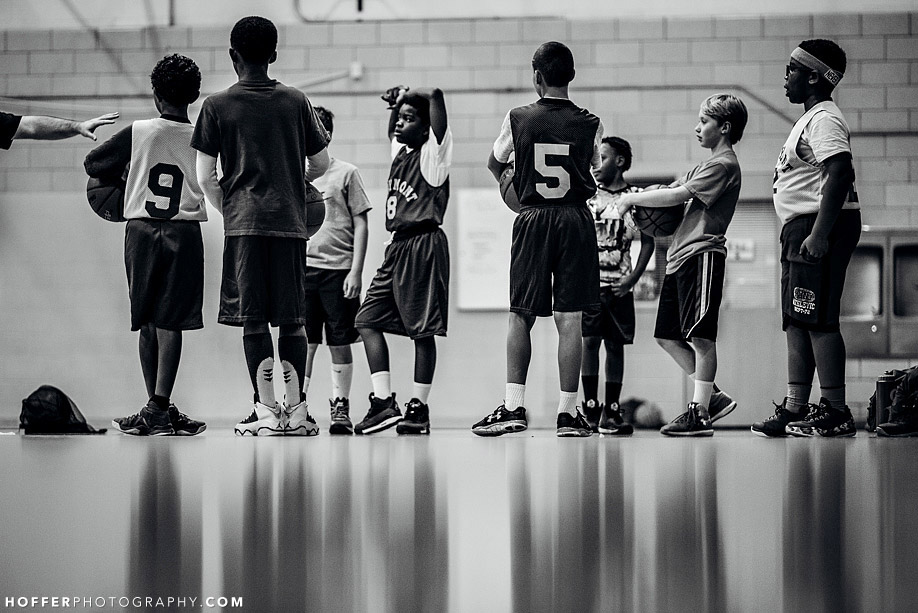 Over the past 5 years or so, my answer for sticking with Canon has stayed pretty much the same. A) We’re tied to their system, B) There’s not much difference in the systems anyway and C) Canon CPS rocks. Here’s what’s changed…

A) Over the past few years, we’ve become gradually less tied to the Canon system. With the advent of Sigma’s amazing new lenses (like the 35 and 50 Art), we had started the transition away from ALL Canon glass. A few months ago we ditched Canon’s amazing radio-enabled 600ex system in favor of the Cheetah flash system. Why? The lithium batteries. They’re incredible. Between that and some good triggers, we have a more powerful and reliable system with less gear (no external battery packs) and no AAs.

B) As described above, I feel like this has changed and Nikon now has a pretty distinct advantage. Although I fully expect Canon to release a 5Dm4 that is super-impressive, I’ve lost trust in their decisions. For the past few years, Canon has made most of their features and lenses with video in mind, not still photography. They’ve also refused to outsource their sensor design (which Nikon does) and therefore have fallen behind on dynamic range and ISO. When Canon released the 5Dm3s a few weeks back, it became clear to me that they simply aren’t listening to what the market wants. Neither company is perfect, but Nikon’s decisions seem to be more in line with what is important to us.

C) Canon CPS was my single favorite thing about Canon… until about 2 years ago. They decided to change their model (and their pricing) and ever since their service has gone drastically down hill. This isn’t a one time occurrence, nor is it something specific to us. Canon CPS was amazing, now I would rather just use a local shop if I had the choice. It’s declined that far. 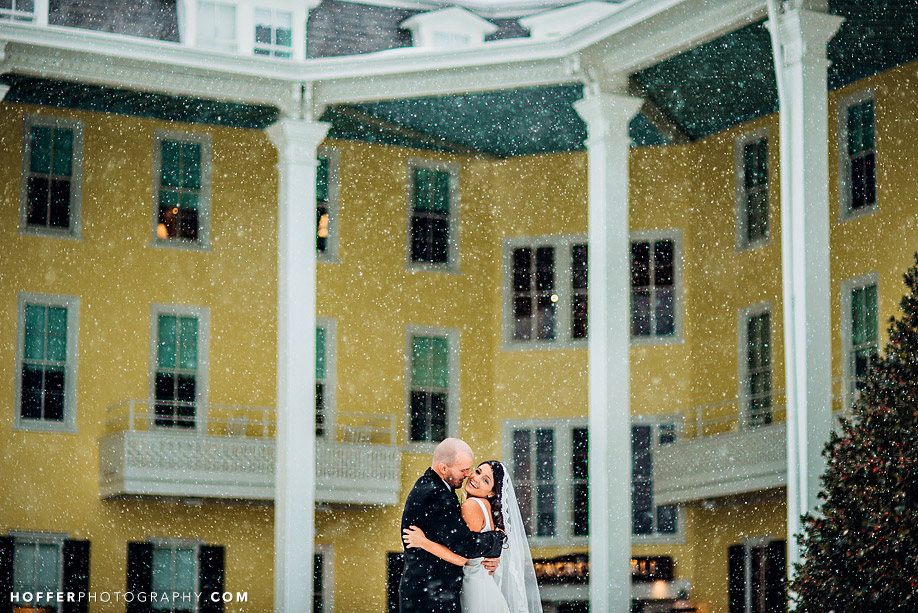 3. We are actually saving money.

Yes, that’s correct. When we really started thinking about switching, it really came down to the numbers. If we could do it and come close to breaking even then it would be worth it. Imagine my surprise when I realized that we could actually SAVE money by switching. Here’s how…

INCOME: The trick for us was figuring out how much we could get for our well-loved Canon gear. After doing some rough research on what would be realistic, it seemed that we could make $22k-23k by selling off our Canon equipment.

THE X FACTOR: Although the switch would cost us $1k-2k, we came to a realization: We would have brand new gear. If we had stayed with Canon we would have likely purchased 3 5Dm4s later this year. Mostly likely that would have cost us around $10k. Factoring in the $5k we could get back for selling our 5Dm3s, we were now able to switch to Nikon at a $2-3k profit AND have brand new gear. Probably worth the headaches.

So now that you know why we switched, all of this begs the question…

WHAT DO WE THINK?

Rather than just giving a blanket statement about our old/new gear, I’ll break this up into a few specific sections…

If you’ve read this far, you’re probably getting a sense of where we stand on the camera switch. So I’m going to say something that may shock you all. For context, I’m a lifetime Mac user. I think PCs are basically crap. I don’t understand them and despite the fact that they have better specs and are cheaper, it’s all about the operating system. Windows just doesn’t make sense. With that said, the following statement may seem weird:

Yes, you read that correctly. My initial impression of the d750 was mostly frustration. Compared to the 5Dm3, the d750 is uglier and more confusing. The menu system is legitimately awful and the plethora of buttons and labels on the outside makes it seem like you have to learn rocket science before being able to take a photo. On the flip side, the 5Dm3 is a gorgeous camera. It’s menus are easy and make sense, as do the buttons and the terminology they use. If you never saw a DSLR before and someone asked you which camera you liked, you would choose the Canon. Everyone would.

Even though that’s not quite where the Canon advantages end, it basically is. Over the course of the week with the d750, I started to appreciate it more. Although I still prefer the scroll wheel of the Canon, I started to understand the usefulness of the dials of the Nikon. Plus, I quickly learned that the multitude of buttons and prompts on the Nikon actually allow you to avoid using the menu at all, which is nice… and makes me feel less like a PC owner.

When it comes to actually shooting, it’s taken me less than a week to become a full Nikon fanboy. After getting used to the controls, it became quite clear how much more Nikon has focused on still photography than Canon has over the past few years. The focus system is a revelation. It’s not necessarily that I think Nikon is better at focusing (although it probably is). The real advantage is in the implementation of the focus system and the way that Nikon’s continuous focus acts like a hybrid focusing system. This allows us to shoot everything in continuous focus mode while still supplying focus confirmation like Canon’s single shot mode. Interesting enough, we shot and entire reception without focus assist because we didn’t realize that we should’ve switched off of continuous mode. That’s something the 5Dm3 couldn’t have handled. 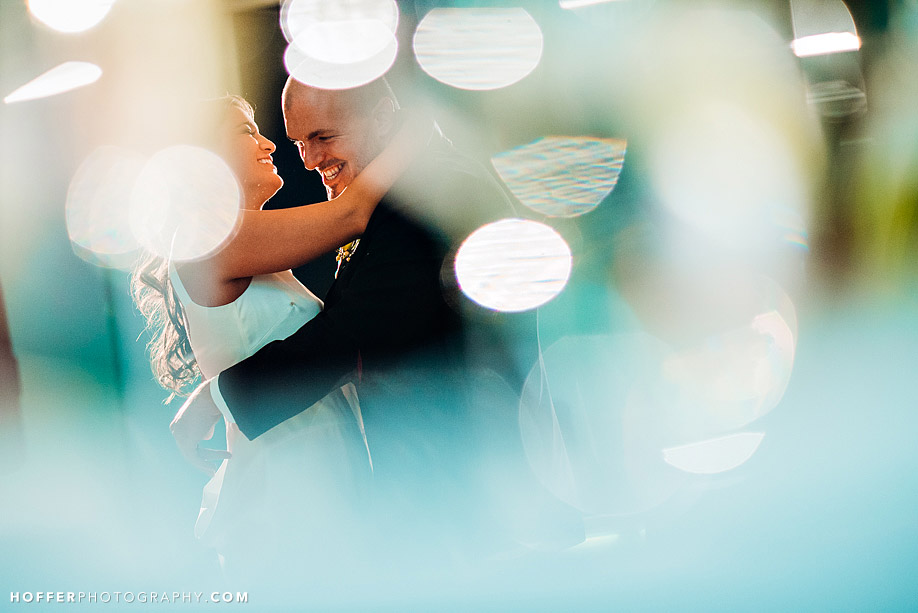 While shooting, the d750 feels snappier. It’s reaction time for focusing and shooting is quicker. A regular person probably wouldn’t notice, but after taking half-a-million photos (for real) with a 5Dm3, I did. The d750 seems to make photography easier by being more responsive. To me, that’s a big deal.

…And then there’s the files. Oh, those files. There’s not much else to say. They’re good. Very good. They make Canon files look like a point and shoot. It’s like watching HD after using a Sony Trinitron. I’m not exaggerating. The dynamic range, the noise level and shadow detail puts Canon to shame.

If you’re asking for my overall impressions, though, I don’t think I could definitively say that one camera is better than the other for every single photographer. If I shot any video or wasn’t incredibly familiar with my gear, I could see myself preferring the Canon 5Dm3. It’s easier to use and does a fine job at pretty much everything. However, we don’t shoot video and I do know my gear. I’d rather have pretty files than pretty cameras. For me, the d750 fits us much better. It’s highs are just SO much higher than the 5Dm3. It’s lows are lower too, but the particular lows of the d750 don’t really affect us that much (for the most part).

Canon is better at:

Nikon is better at:

Since we switched, we’ve had dozens and dozens of people asking us about our thoughts on the new camera system. While I’d love to say that one is wildly better than the other, I can’t. What I can say is that Nikon does some things wildly better than Canon and vice versa. I feel strongly that the things I care most about (the files, camera operation) are a big advantage for Nikon. I feel like my secondary concerns (cost and repairs) are at the very least dead even now. While Canon still maintains advantages in several other areas, Nikon has won us over for the things that matter. Their commitment to still photography seems to be head and shoulders above Canon’s scatterbrained approach to DSLRs. While I would never recommend either system to someone without knowing their needs, it’s become clear that for our needs the Nikon d750 is a big winner.

* Assuming you’ve never been on a good ride before. 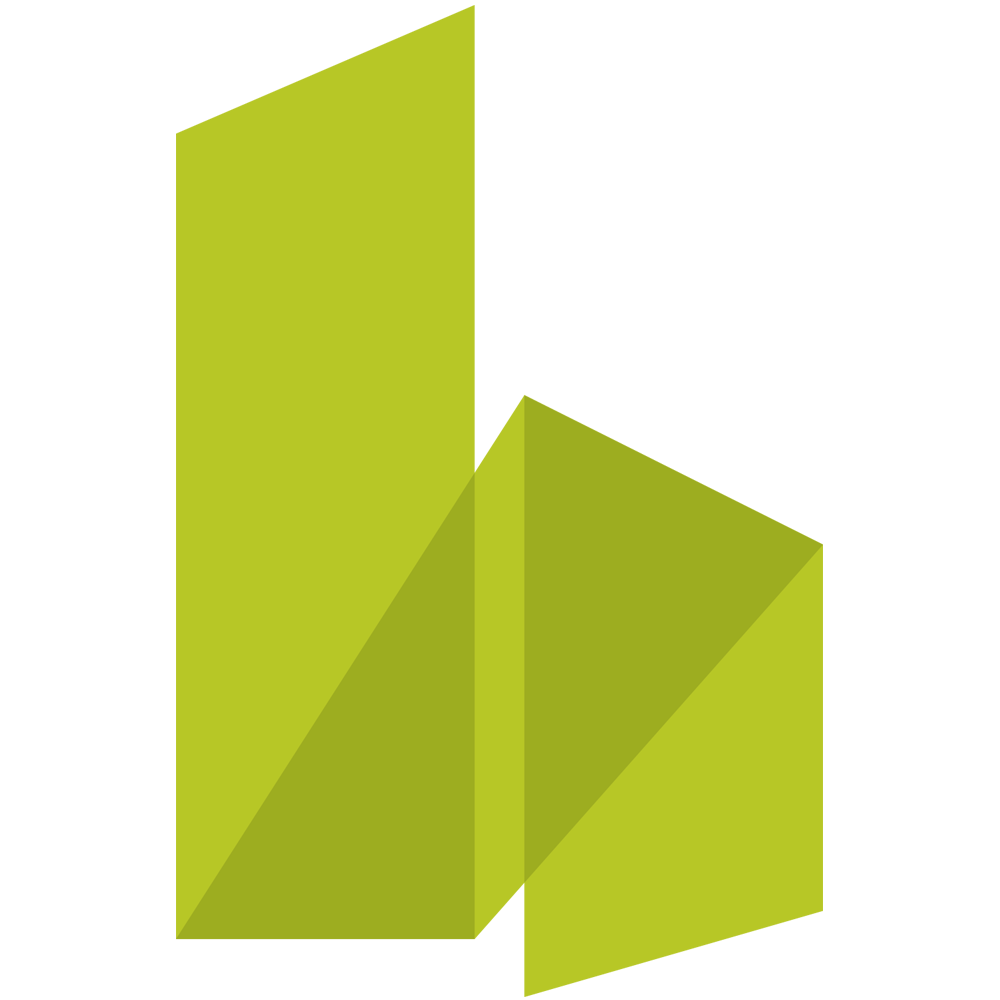